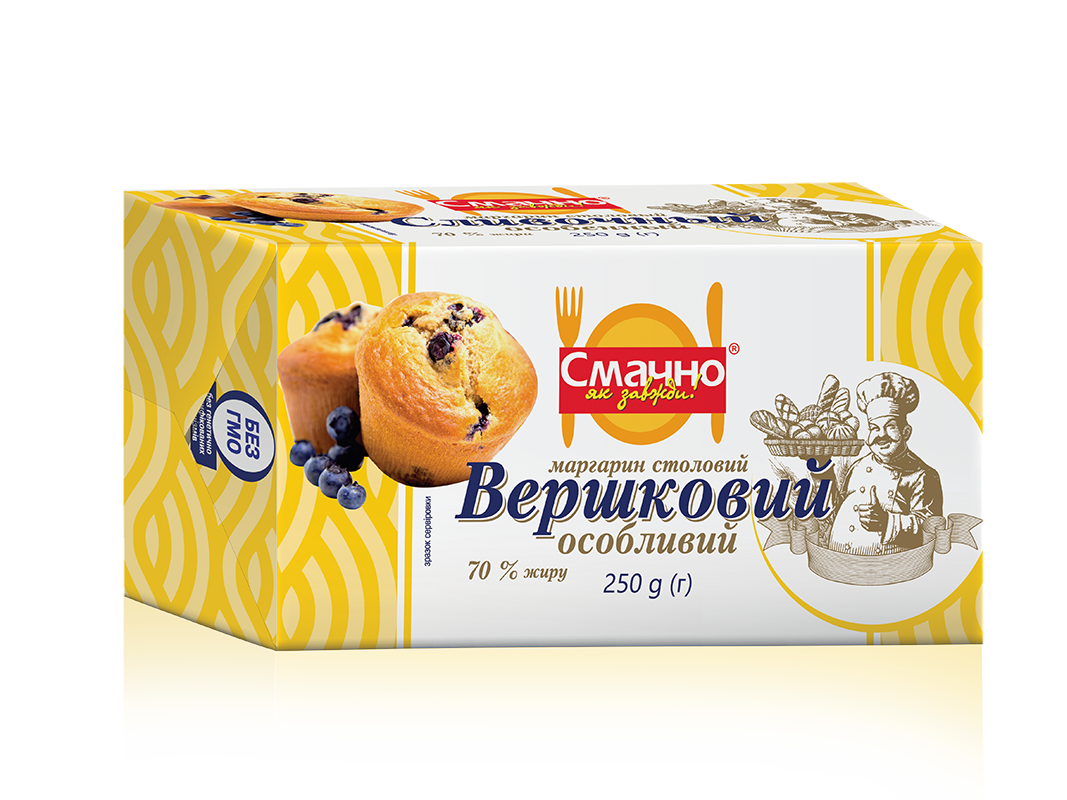 In 2017, LLC “Schedro” filed a lawsuit against the PJSC “Kiev Margarine Factory” in the economic court for the protection of its rights due to the alleged violation of the rights to use industrial designs under patents in the form of manufacturing, offering for sale and selling products that, according to the external in appearance it is similar to the products of LLC “Schedro”, namely the margarines “Schedro” “Soniachnyi Osoblyvyi”, “Vershkovyi Osoblyvyi” and Zaporozhye Margarine “Vershkovyi Osobyi”.

Based on the results of a forensic examination carried out in 2019, including due to differences in the color design of elements, the use of various images and graphic elements, their placement on the packing list, the courts established that there were no violations by PJSC “Kyiv Margarine Factory” of the rights of LLC “Schedro” When designing packing lists for margarines.

The trials in the case lasted almost three years. On May 19, 2020, the Northern Commercial Court of Appeal confirmed the legality of the actions of PJSC “Kiev Margarine Factory” and the absence of violations of the rights of LLC “Schedro” in the production and design of margarines “Vershkovyi osoblyvyi”, “Soniachnyi Shchedryk”, “Vershkovyi Smakolyk” (TM “Smachno Yak Zavzhdy”).

On August 13, 2020, the Supreme Court put an end to the dispute. According to the final court decision, the claims of LLC “Schedro” against PJSC “Kiev Margarine Factory” were not confirmed and the claim was completely rejected.

Other What write about us
All What write about us
Olkom Group is gradually reaching pre-war production levels
At the end of May 2022, a new management was created in the company and the staff was updated. After these personnel changes, the activity of the enterprise has improved significantly/
Поздравляем с 31-м Днем Независимости Украины!
С Днем рождения, родная Украина! Держим курс на победу!
Listening to you
I would like to